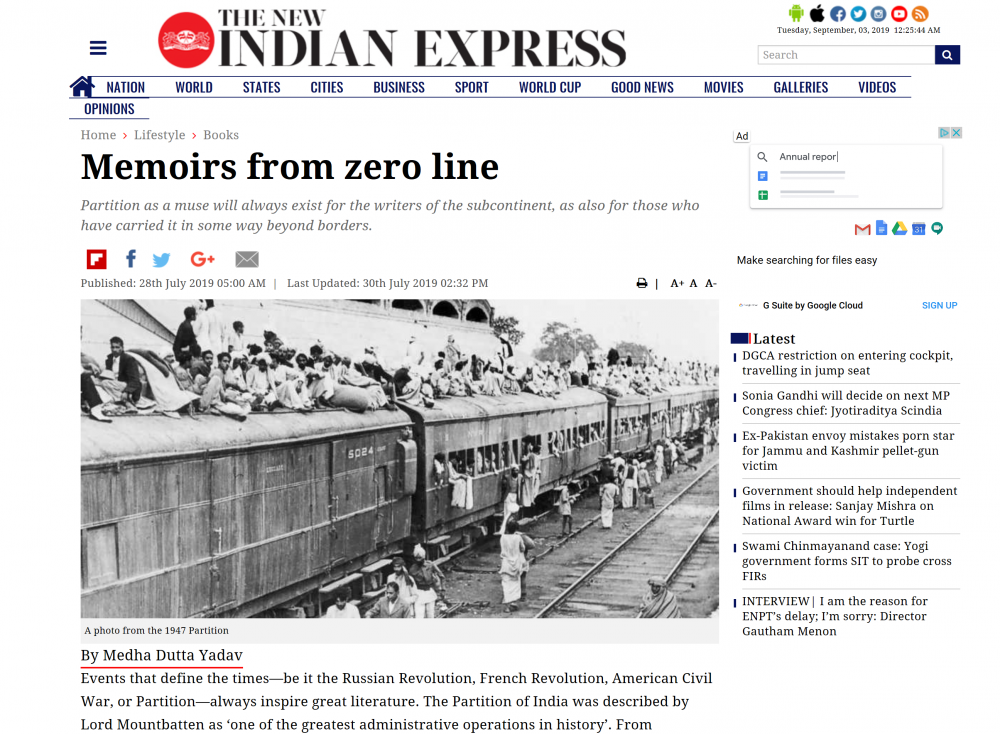 Books inspired by the Partition is the theme of “Memoirs from zero line” written by Medha Dutta Yadav in The New Indian Express. “Unlike some authors who dwell on the politics of the age, Sohan Koonar in his book Paper Lions (a Speaking Tiger publication) approaches the theme differently. He penned the book for second and third-generation ‘Indo-Other Nationals’ with the hope that they get a better understanding of India’s history. “My version focuses on the street-level effect and damage it did rather than the politics and religious dynamics at the highest levels of India’s pre-independence polity. The mayhem and the sins committed become burdens of the soul that haunt one of the protagonists throughout his life. Some readers see this as a karmic price to be paid for sins committed in this world. In my novel, Partition is just one stepping stone to the coming of age of modern India. It is a major cataclysmic event that reshapes Greater Punjab and sunders it into Pakistani Punjab in the west and later the Indian side into Punjab, Haryana and Himachal Pradesh,” he says.” Read the full feature HERE.

Sorry, the comment form is closed at this time.